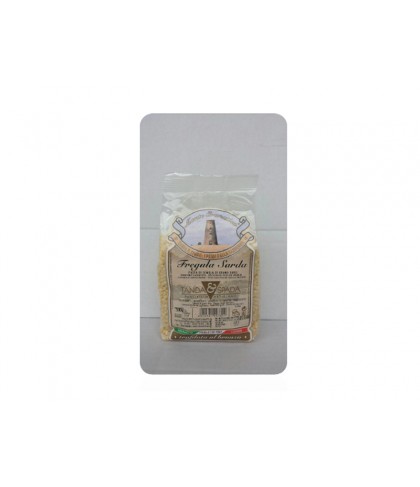 Pasta of durum wheat bronze drawn and dried at low temperatures in static cells. Production takes place with processes which, although supported by modern machinery, are managed and controlled by the prevailing intervention of human knowledge and experience, so the company can be considered "craftsman type".

The production process involves two processing lines. The drying takes place in static cells at a low temperature (average 45 ° C - 50 ° C) for 15-20 h hours depending on the product.

In 2012 we participated in the establishment of the supply chain Durum Wheat grown and processed in Sardinia aimed at achieving a certified Chain of Sardinian product linked to the world of production and utilization of cereals.

The project has already begun with the collaboration of two co-operative grain producers with whom we have developed a product line with Senatore Cappelli durum wheat and one named High Quality. Our productions relate largely to regional products, namely Malloreddus, Sardinian gnocchi and Fregula.